Internet of things (IoT) devices may  easily be hacked or compromised, just like any other mobile devices. And that can adversely affect an organization’s infrastructure and processes. As IoT devices evolve and more such devices become a part of our daily lives, the security aspects have become paramount.

Experts predict that by 2025, there will be about 75 billion connected devices. With this, the number of IoT attacks are likely to rise. A recent Gartner survey found that nearly 20 percent of organizations experienced at least one IoT-based attack in the past three years.

Security professionals should recognize such IoT security threats and identify ways to combat them.

Botnets and DDoS attacks : The first Botnet attack happened in September 2016 through Mirai botnet, which infected approximately. 2.5 million IoT devices, including printers, cameras and routers. Botnets are used to launch distributed denial of service (DDoS) attacks. Experts says that there will be more such attacks in future.

Lack of consistent Firmware updates : Firmware on platforms and applications should be regularly updated or it may provide an opportunity for hackers to access business networks and systems.

Ransomware : Ransomware is a malware that locks down file access  by encrypting them. Attackers provide the decryption key only after they are paid. Although, traces of such ransomware are usually found on personal and corporate networks, attacks can also be launched on connected devices, such as doors, vehicles and appliances.

Unified Endpoint Management (UEM) and data security measures can help fight such IoT security issues. Security leaders must know who is accessing the data collected and which systems are being used.

Gartner forecasts that the worldwide spending on IoT security to protect against such threats will reach $ 3.1 billion in 2021. 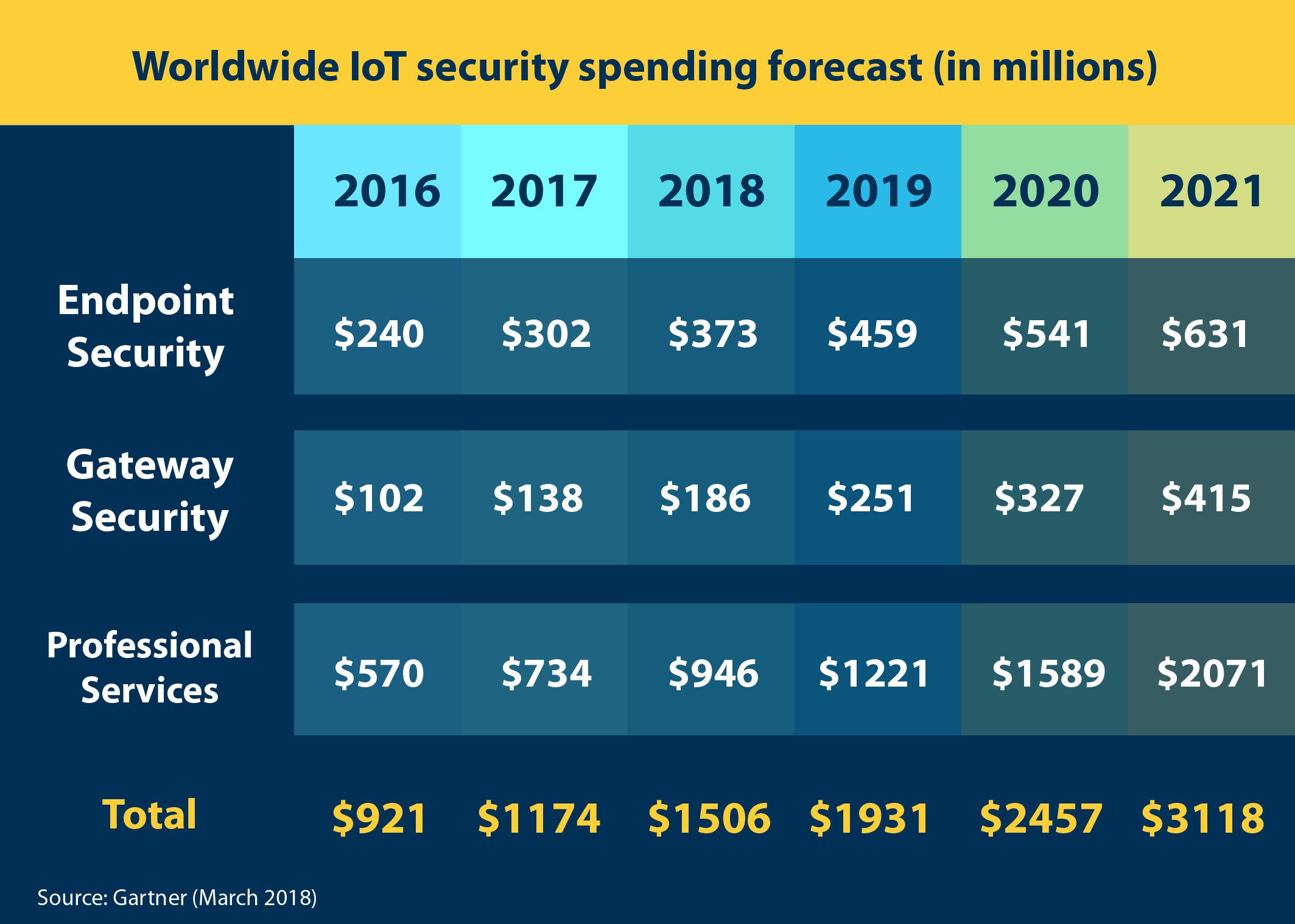 Gartner also predicts that regulatory compliance will be the main influencer for IoT security uptake.

As IoT adoption increases,  it is necessary to have comprehensive security strategy in place. Ignoring any security perimeter leaves the opportunity for attackers to cause serious damage to the business.